Konstruktivists was formed by Glenn Michael Wallis in 1982 out of the ashes of Heute. Heute were a kraut rock influenced trio using electronics as well as conventional guitars and bass. Around this time – in the late 70′s/early 80′s Glenn Michael Wallis was heavily involved with Throbbing Gristle, the U.K. pioneers of “Industrial”. He acted as control agent for them – which involved anything from checking out venues to acting as bouncer/heavy. The first Konstruktivists album “A Dissembly” was issued in 1982 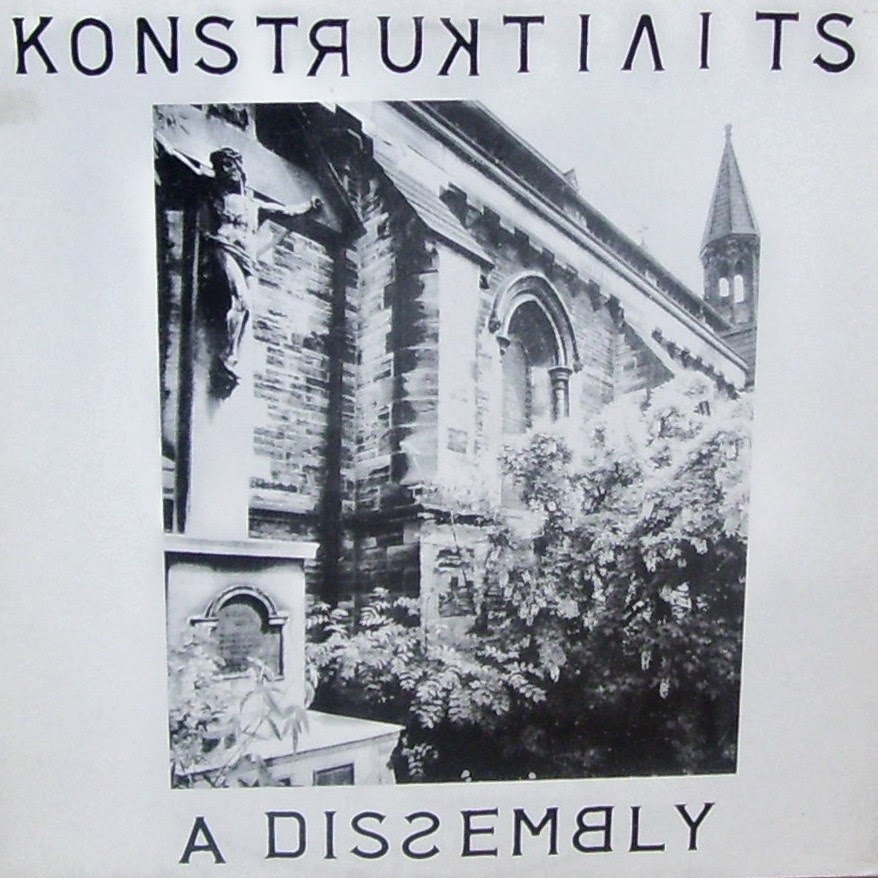